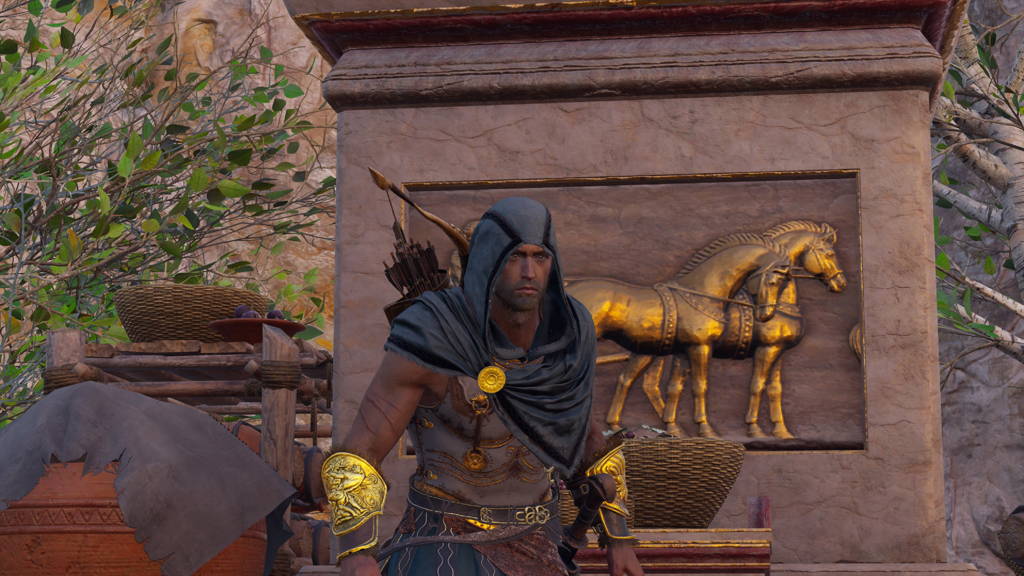 Happy Hour is another Ainigmata Ostraka puzzle in the excellent Assassin’s Creed Odyssey.

Ainigmata Ostraka are like Papyrus Puzzles from AC Origins. First, you locate the stone tablet which has a cryptic clue as to the whereabouts of some reward. You then have to solve the cryptic clue to find the reward.

You can watch the video guide below, or read on for the text guide.

The Happy Hour Ainigmata Ostraka can be found in the location called Battlefield Cave which is in the Occupied Forest of Tripodiskos in Megaris. The cave is in the eastern part of the occupied forest. 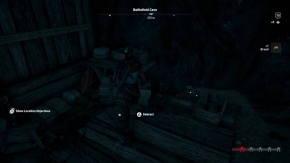 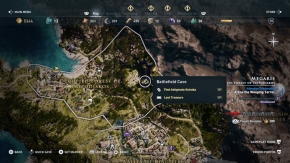 It’s dangerous outside, so I’m waiting out the war. The only time I go outside this cave is to replenish my cup. Once I leave, I travel north-west from the battlefield in the Occupied Forest of Tripodiskus. Find me at the altar of offerings at the feet of the wine god himself.

From the cryptic clue, we know we need to head roughly north-west from the battlefield cave. We also know that the reward will be located at an altar. A quick google search reveals that the Greek god of Wine was Dionysus.

There is a location called the Pillar of Dionysus, which is in a northwesterly direction of the battlefield cave. It is just outside of the occupied forest in the southern part of the Kithairon Foothills region. 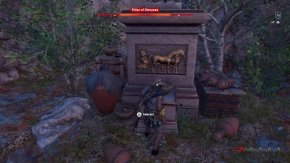 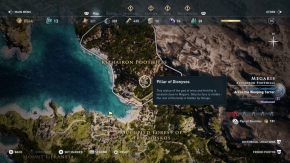 If you have previously discovered the pillar of Dionysus, you can use Ikaros to locate it, otherwise, just travel in a northwesterly direction and use the video guide or the screenshots to show the location.

The Ainigmata Ostraka reward will be at the altar.