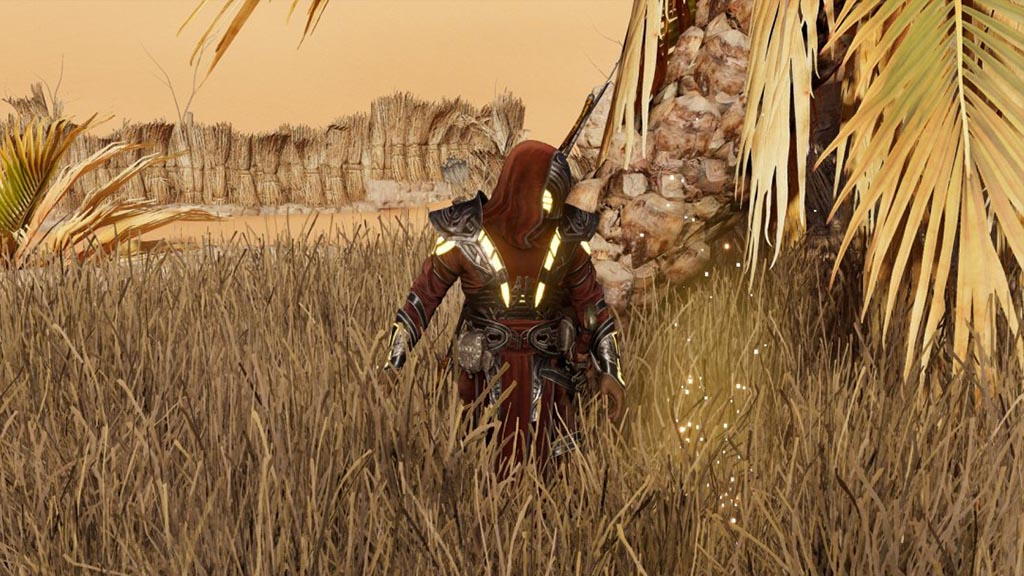 I am slowly but surely getting through these papyrus puzzles on my way to earning the  platinum trophy for Assassin’s Creed Origins, which is one of my favourite games this year. 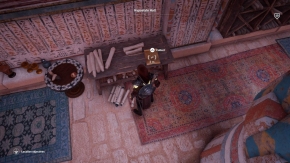 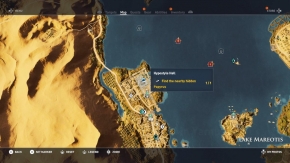 The Fertile Lands hidden papyrus can be found in Hypostyle hall in the Temple of Sekhmet in Yamu, this is just east of Lake Mareotis. There is a fast travel point on top of the temple so you can use that to get there quickly if you have it synchronised.

Once you have entered Hypostyle Hall, run through until you come to a room with a rectangular, shallow pool of water, people will be singing and chanting in here. Turn to the east and climb up to the first upper level, the hidden papyrus will be sitting on a table.

The cryptic clue for the Fertile Lands papyrus puzzle reads: “A few hundred meters north west of the Temple of Sekhmet in Yamu, which resides by Lake Mareotis, there is a great place to go for a date. Full of palm trees and surrounded by desert, one rock fence was built and closed off with no exit. Find me here.”

The first part of the clue is fairly self explanatory, travel a few hundred meters north west of your current location and locate an area with palm trees surrounded by desert. The area is actually about 600 metres away, if you travel north west across the sand you should come to it. It is like a desert oasis, lots of palm trees and you will notice brick walls in the area.

Once you have found the area with the palm trees, use Senu to locate the closed off area described in the cryptic clue. It is a single palm tree with a wall around it on all sides, hence the no exit. Take a look at the screenshots above for what the location looks like.

The hidden treasure will be next to this single palm tree.

And that’s it for another Assassin’s Creed Origins papyrus Puzzle guide, I hope you got some great loot from solving the papyrus.