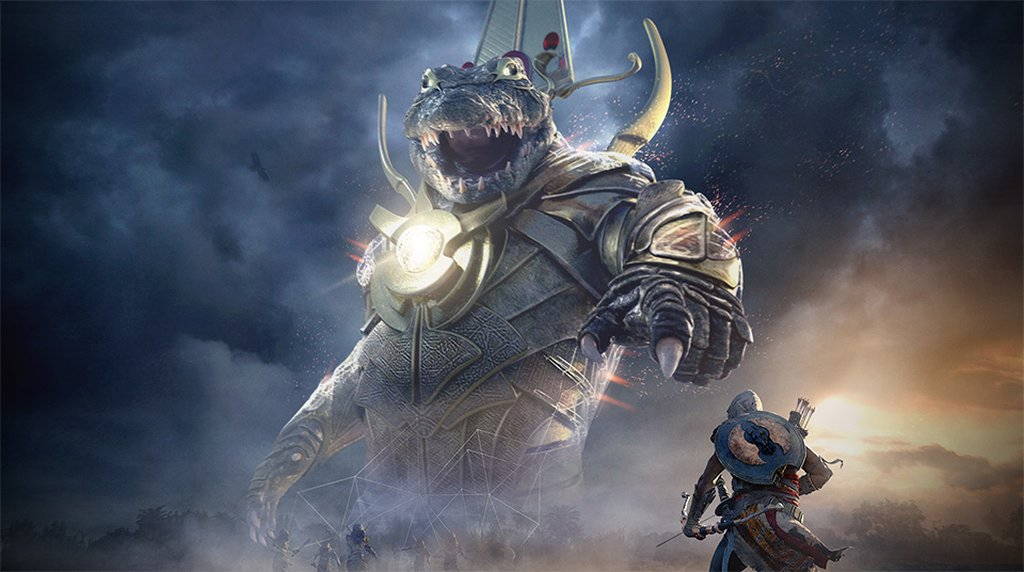 Sobek is the massive God you need to defeat in Trials of The Gods this week in Assassin’s Creed Origins. Sobek is an ancient egyptianGod who looks like a giant Crocodile.

The Sobek Animus glitch can be found in Herakleion Nome. Fast travel to Yw Huts and it’s just a short journey from there.

The Sobek fight is pretty similar to the Anubis fight, there are waves of attacks from Sobek and waves of soldiers to kill.

Just like the Anubis fight, choosing the right weapon load out is key to defeating Sobek quickly and efficiantly.

I went with the exact same weapon load out I used with Anubis as the weapons provide some great benefits for the Trials of the Gods fights. 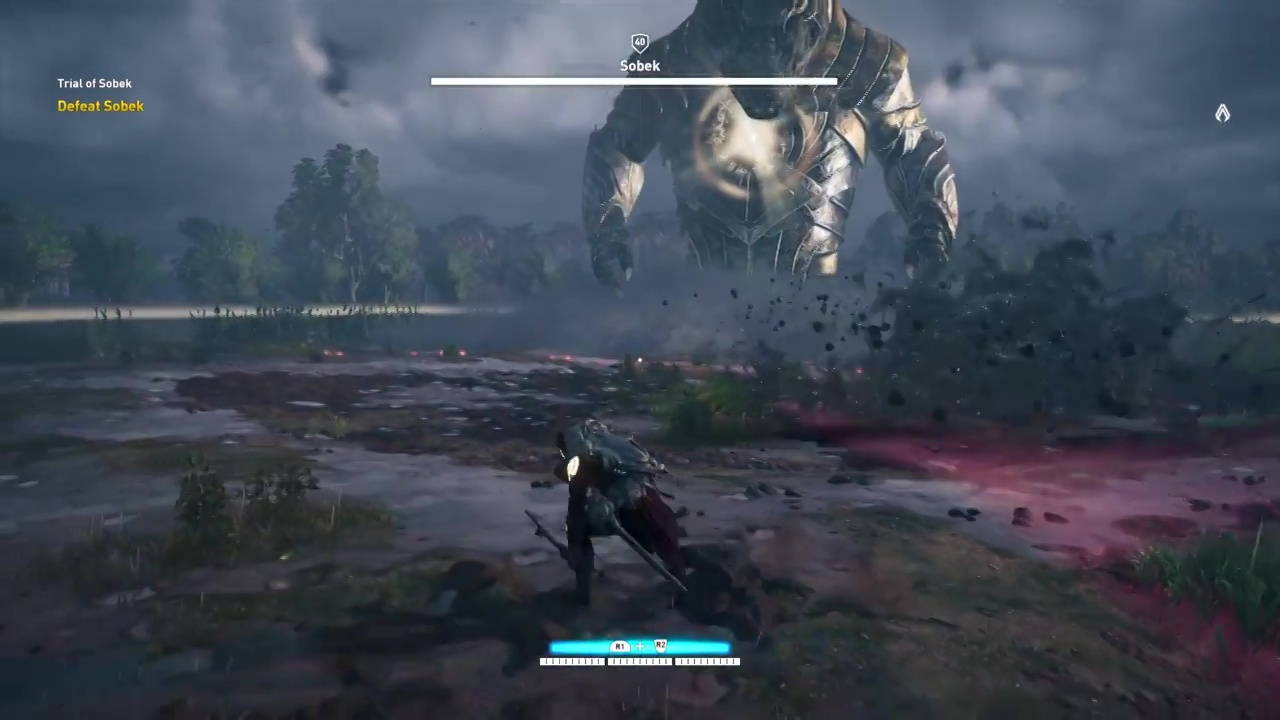 Sobek’s main attacks consist of throwing  rocks at you along the ground, the path of the rocks will be highlighted in red, they are fairly easy to dodge if you have enough time or to avoid altogether if you notice the red path early enough. 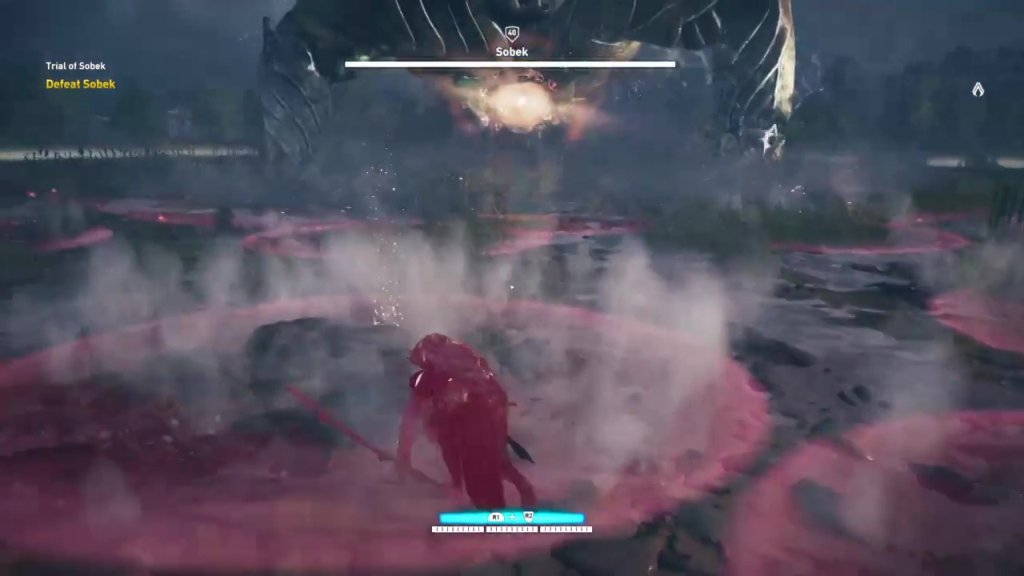 Another of Sobek’s attacks is erupting the ground. There will be circles on the ground, in red, which you should avoid, these circles will erupt causing damage if you are in them.

Once theres been a couple of waves of flying rocks and erupting ground there will be a wave of enemy soldiers to deal with, there will also be rocks flying at you as well so you need to look out for that.

The soldiers aren’t too difficult but if you’re finding your self low on health during this wave, remember to switch to a weapon that gives you health on hit or health on kill to try to restore a bit of health. Always use you’re overpower attack as well if you’re getting surrounded. You get your over power attack back fairly quickly so use it whenever you need.

If after this wave you’re still low on health, use you’re health on hit bow on sobek and get some health back.

There will be another round of flying rocks and erupting ground attacks next, during this you should be trying to damage Sobek as much as possible whilst dodging his attacks. 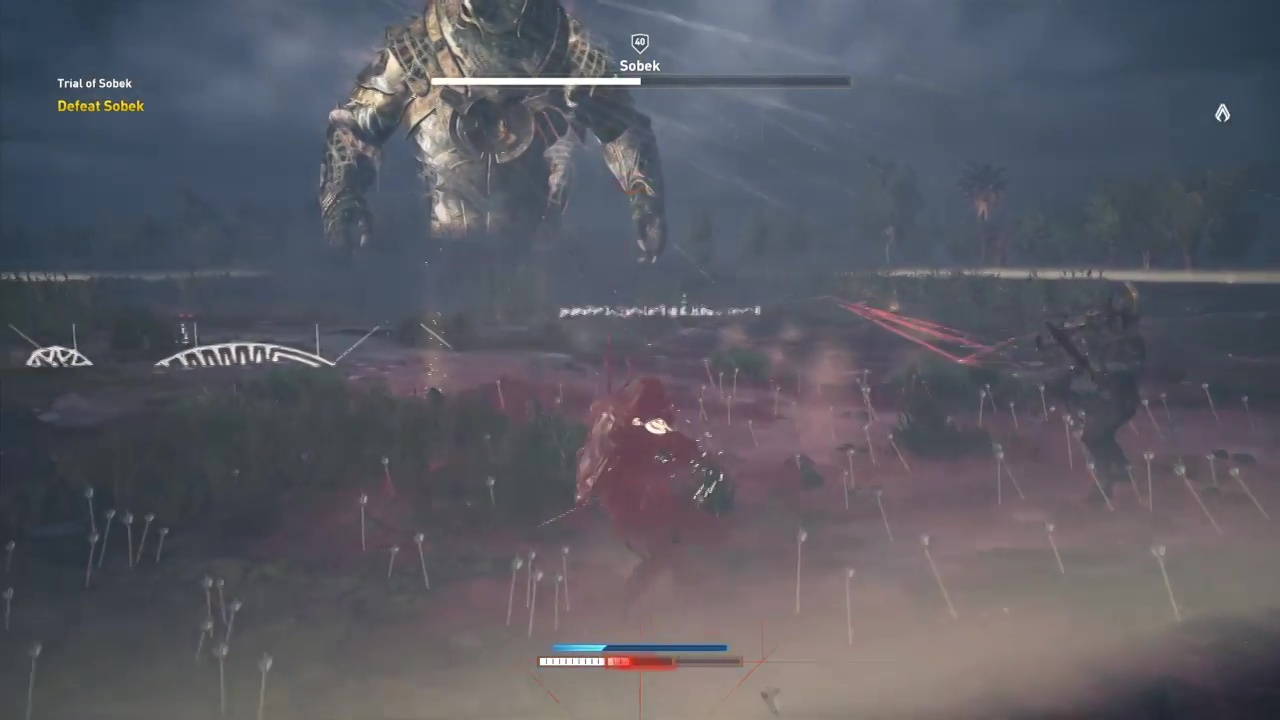 The next wave is another wave of soliders to deal with, during this wave Sobek will also fire about a million arrows at you. The ground will turn red when Sobek is about to fire his arrows. The arrows are fairly easily blocked with your shield, in fact the game will prompt you to use L1 to block. Just make sure to keep out of range of the attacking soldiers while blocking the arrows.

Once you have killed this wave of soldiers there will be more flying arrows, erupting ground and rock attacks from Sobek. During this wave you should be attacking Sobek as much as possible whilst dodging the incoming attacks.

Sobek’s health should be down to about a third by now and then there will be a final wave of soldiers accompanied by some of Sobek;s others attacks. Once you have defeated this wave of soliders you are on the home straight. There will be some more flying arrows, erupting ground and rock attacks, during these attacks concenttrate on Sobek to finish him off. 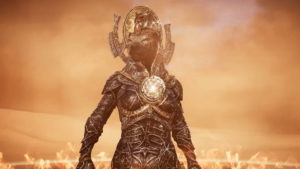 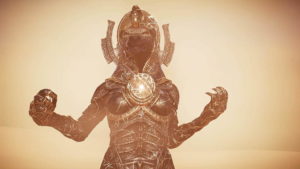 Trials of the Gods has Returned, Here’s my Tips for Beating Sekhmet 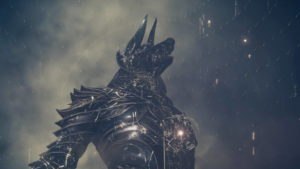