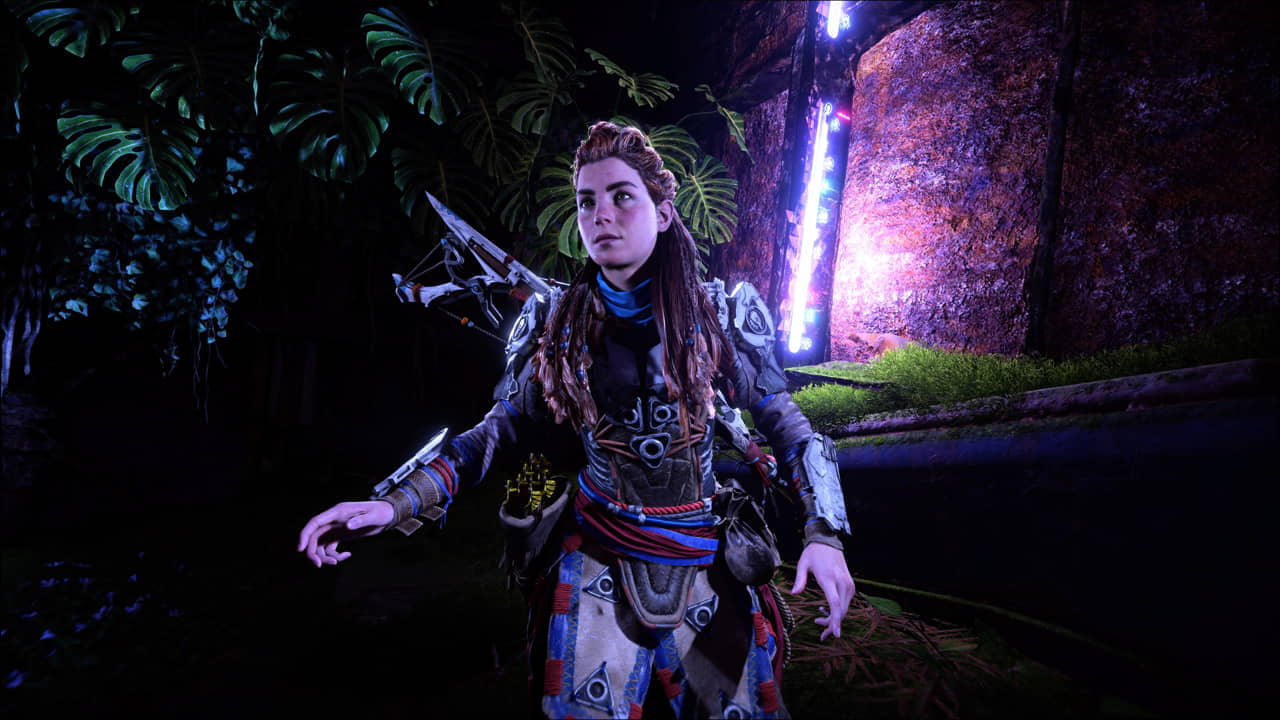 In Horizon Forbidden West, Relic Ruins are ruins of old-world structures that Aloy can explore to find an ancient relic (an ornament).

The Restless Weald Relic Ruin can be found west of the Plainsong Hunting Grounds.

starting from the north side of the ruins, you should be in a semi-open area that looks, er, ruined.

Go to the right and you will be at an area with a short brick pillar with a climbing point on it. There will also be a ladder you can shoot to release and a couple of climbing points on a wall to your right.

Head towards the ladder and then round to the other side of the broken wall where some wooden barrels are. Here you will find a Datapoint called “Thanks Again”.

Now go back to the ladder and use your focus to reveal the yellow clamp that is holding it in place. Shoot the clamp with an arrow to release the ladder.

Once you have climbed the ladder, you will find another Datapoint sitting on a table. This Datapoint is called “construction year” scan it and take a quick read. The construction year of this particular building will be important later when we need to open the door that is to our left.

On the same floor as the last Datapoint, you will also see the main door Aloy needs access to and an access console that requires a Key Module. So let’s go get that Key Module.

Getting the Key Module

Now head to the outside of the ruins and to the eastern side, if you are at the right spot Aloy will mention ancient rail cars and she will wonder if they still move. You will see some rail tracks and an old rail car.

Push the rail car towards the building and you can climb up and find some Greenshine. Now jump back down and follow the rail track north towards where the junction of the track is. Here you will spot a switch you can operate to change the direction of the rail track. Flip the switch and change the track to a straight track.

With the track now straight, push the railcar back onto the straight part of the track and then push it forward all the way to the end of the building. Past the sign that says Hotel. Now climb on top of the railcar and up onto the wall and then walk across the rope and you will find the Key Module.

If you jump down from where the key module was, you should be back at the area with the ladder. Climb up to where the door and access console is and insert the Key Module into the access console.

The 9 in the sign has fallen and looks like a six. The construction year and code you’ll need is 1923.

Now climb back up to the access console and input the code 1923. When the door opens, run and jump and grab onto the zip line which will take you to a new part of the ruins.

In this new area, you will notice some Firegleam on a wall, ignite the Firegleam using the igniter you got from the 5th story mission and it will blow a hole in the wall.

Now go back outside and head over to the switch by the side of the rail track. Change the tracks to curved tracks. Now go grab the old rail car and push it along the tracks and towards the hole in the wall you just opened up with the ignited Firegleam.

Once the rail car is inside the building as far as it will go, climb up and use the climbing p[oints to climb and jump over to where the relic is. And that it the Restless Weald relic ruin complete. 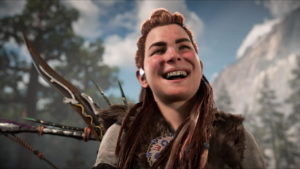 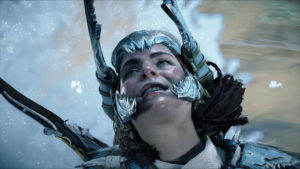 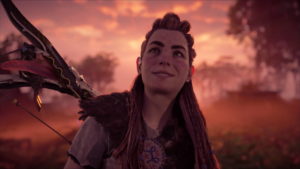