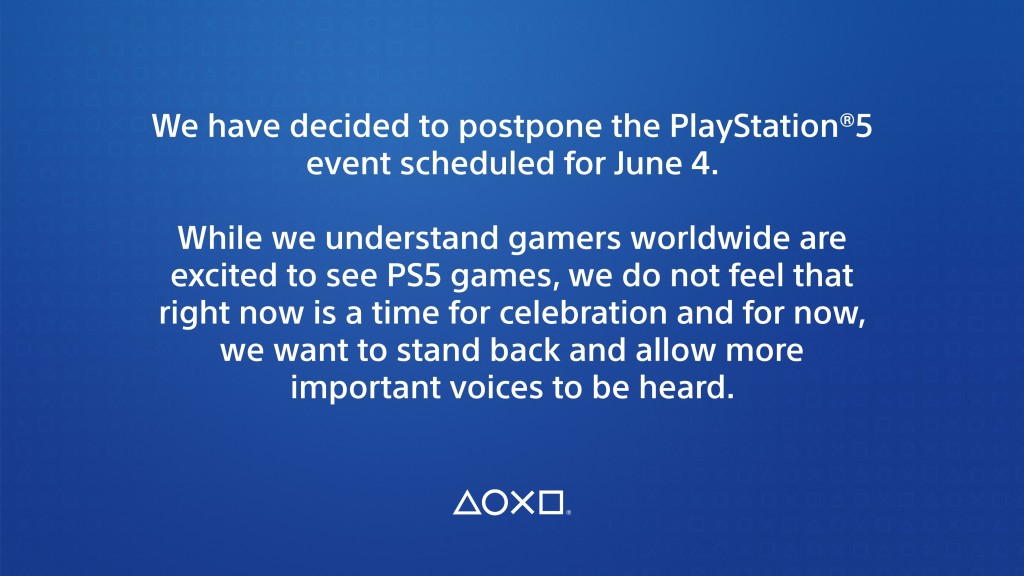 Sony has postponed the PlayStation 5 games reveal event that was scheduled for June 4th.

The official statement given by PlayStation reads:

“We have decided to postpone the PlayStation 5 event scheduled for June 4.

Whilst we understand gamers worldwide are excited to see PS5 games, we do not feel that right now is a time for celebration and for now, we want to stand back and allow more important voices to be heard.”

No explicit reason was given for the postponement but it is safe to assume that the ongoing protests in the United States have prompted this postponement.

It is not known at this time when the PS5 event will now take place.

PlayStation VR2 Will Make You ‘Feel a New Real’