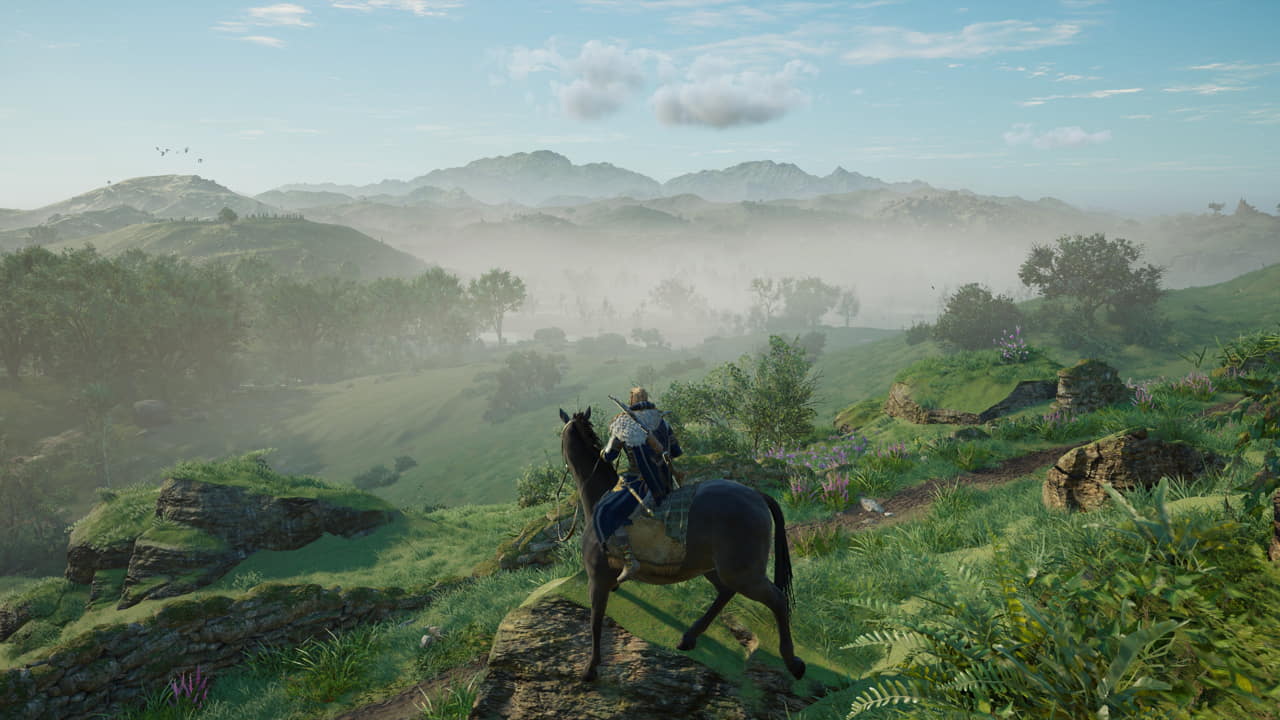 Collecting all five of the Ui Neill artifacts will let you open a secret chest that is hidden somewhere in Ireland. Opening this secret chest will reward you with the Cu Chulainn Heavy Shield. 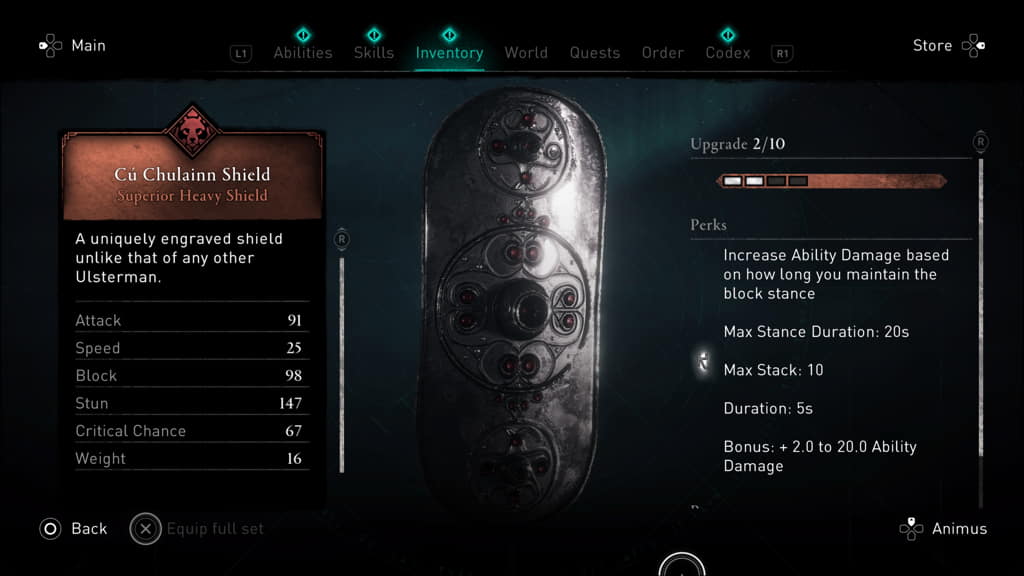 As previously mentioned, there are five Ui Neill artifacts to find. Read on for the locations guide or watch the video guide below.

The Ui Neill artifact locations aren’t in any particular order as you can find that at any point in the game.

The first Ui Neill artifact we will find is located in the western part of the Ulster region. It is south of the Dysert Trade Post. To reach the entrance you have to climb down a small rockface, the entrance is surrounded by grey stones. There is also a wooden barrier to break and some poison gas, you can use your torch or flaming arrow to get rid of the poison before proceeding forward to collect the artifact.

This Ui Neill artifact can be found in the Connacht region of Ireland, the southwest to be exact. The artifact is located almost at the very bottom of the map in Connacht, south of a small lake called Lough Rea. The entrance can be found about 25 metres south of the artifact marker, in the side of a vertical slope.

The entrance is again blocked by a breakable stone barrier, so use the handy oil jars nearby to make your way inside. There’s poison gas inside so through in a torch to get rid of it.

The next artifact is located in east Dublin. It is near the coast, north of the main town with the sync point (Kilchrist) on the other side of the river mouth. You will find the entrance about 10 metres west of the marker, it surrounded by light grey coloured stones. This entrance is also blocked by a breakable stone barrier.

The final Ui Neill artifact location is in the Meath region of Ireland. You can find it south of the named location called Knockfree, which is south of Drumlish Trade Post. The entrance is just northeast of the artifact marker, built into the hillside and is covered with vegetation.

Once inside you will need to avoid a spike floor trap and use an exploding arrow to get through a breakable stone barrier.

Now that you have acquired the fifth and final Ui Neill artifact, it’s time to go and open the secret hidden chest.

The secret hidden chest is located on the very south of the map, also in the Meath region. You can find it southeast fo the southern-most sync point on the south side of the river. A wealth marker will appear when you get close and use Odin’s sight.

The entrance to Ui Neill’s Rest is hidden behind a waterfall as shown in the screenshot below. Swim through the waterfall and squeeze through the gap to get to the chest. When you open the chest you’ll get the Cu Chulainn Heavy Shield. 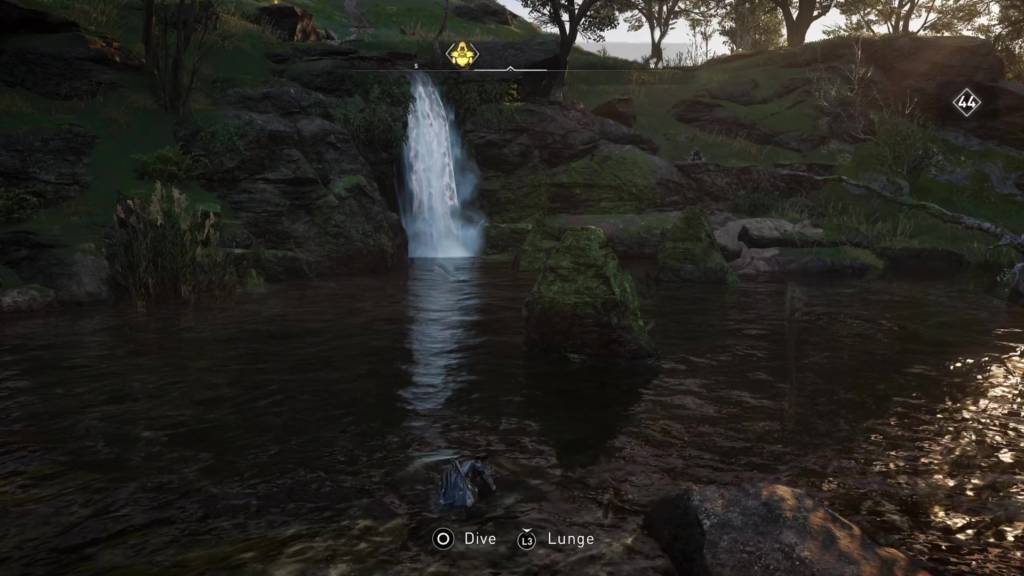 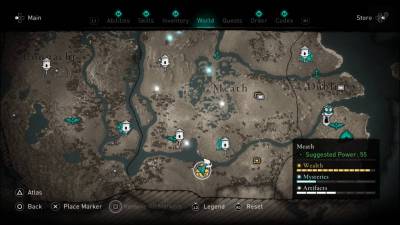 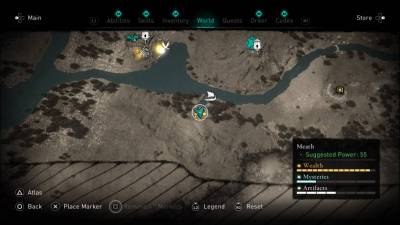