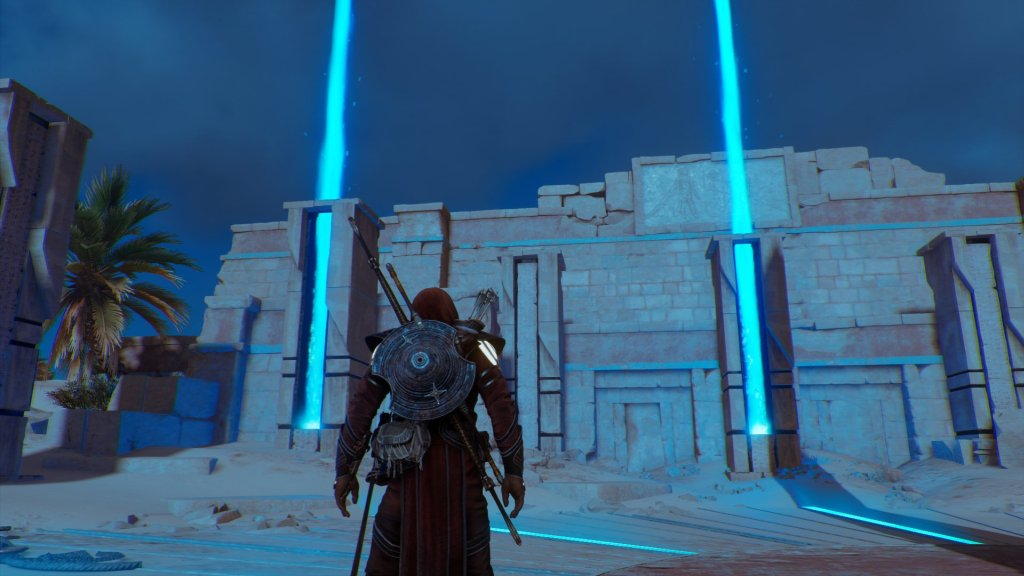 A Gift from the Gods is a new quest added with the recent December update to Assassin’s Creed Origins. In this quest Bayek has to investigate a mysterious fireball or meteor that has fallen from the sky and opened up a hidden entrance to a mysterious tomb. 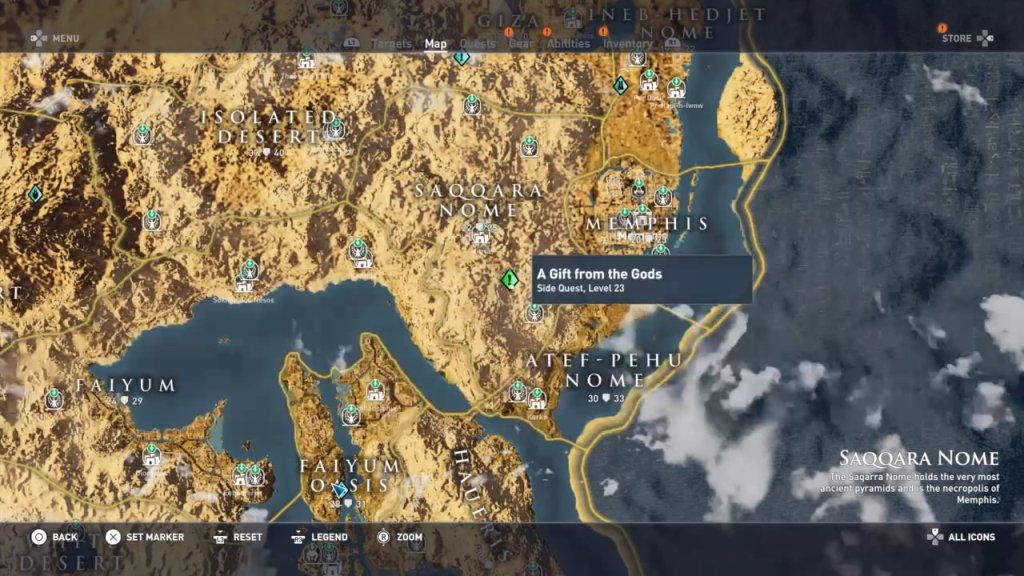 A Gift from the Gods quest can be found in Saqqara Nome. The recommended level for this quest is level 23.

Head tot he quest marker on the map to start the quest. When the quest starts you will be shown a short cut scene of the fireball/meteor falling from the sky and landing nearby. Once the cut scene ends another marker will appear at the location of this mysterious rock, head to the rock and interact with it.

You will see that the fireball has revealed a hidden entrance to the tomb you are at, head into the tomb. 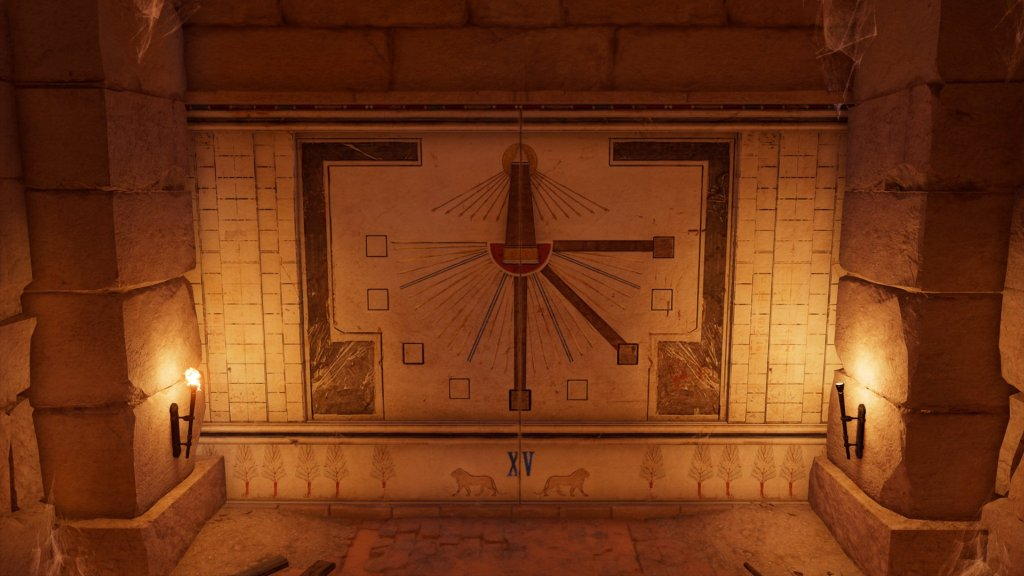 Once you are inside the tomb you will see an image of a sundial on the tomb wall with the roman numerals XV underneath it. XV is 15 in roman numerals but the number 15 doesn’t have anything to do with the quest, I recently found out that it’s due to a collaboration with Final Fantasy 15 apparently. The position of the roman numerals, which are at the middle bottom of the sundial does have some bearing on the quest though. 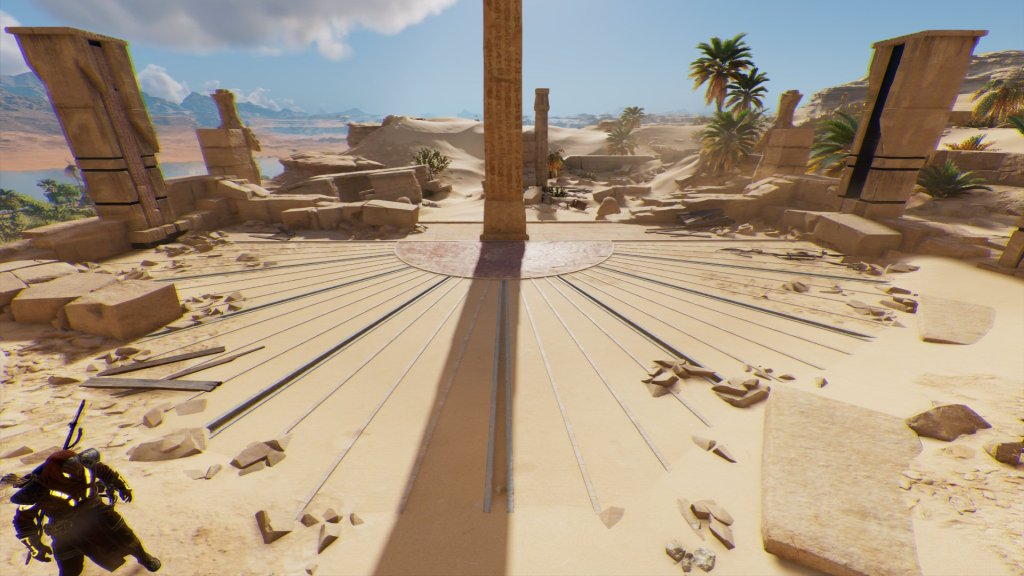 If you have the shadow pointing in the same direction, the pillar should be open and a blue crystal thing should be inside it. If you don’t see this, hold down the touchpad until it is dawn/early morning and check to see if the shadow is pointing in the correct position.

Shoot the blue crystal thing three times with your bow and it will activate the pillars and you will see three beams of blue light shooting upwards from three of the pillars. 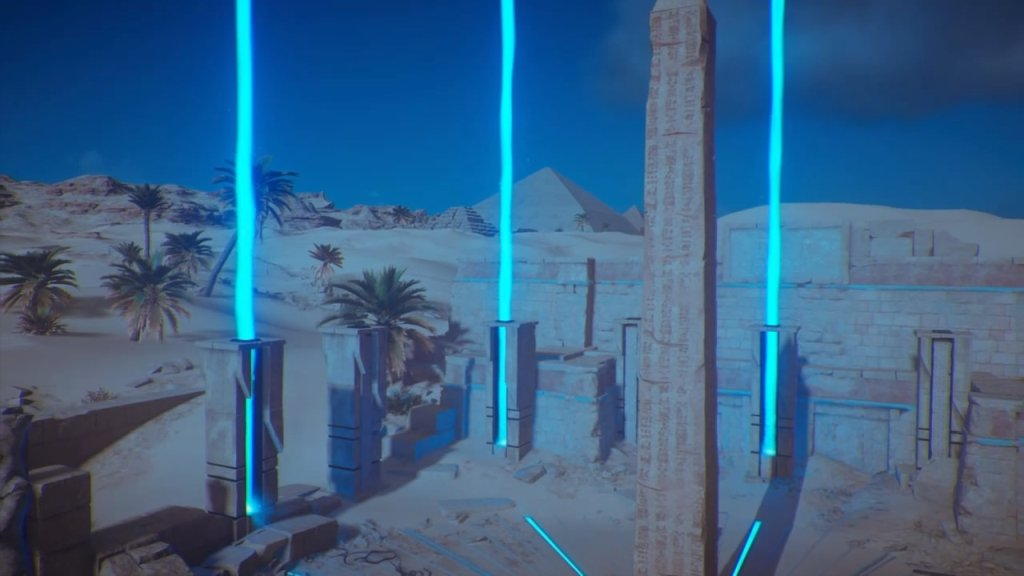 Head back in to the tomb  and you will see that the wall is now gone and there is a passageway to take you further in to the tomb. 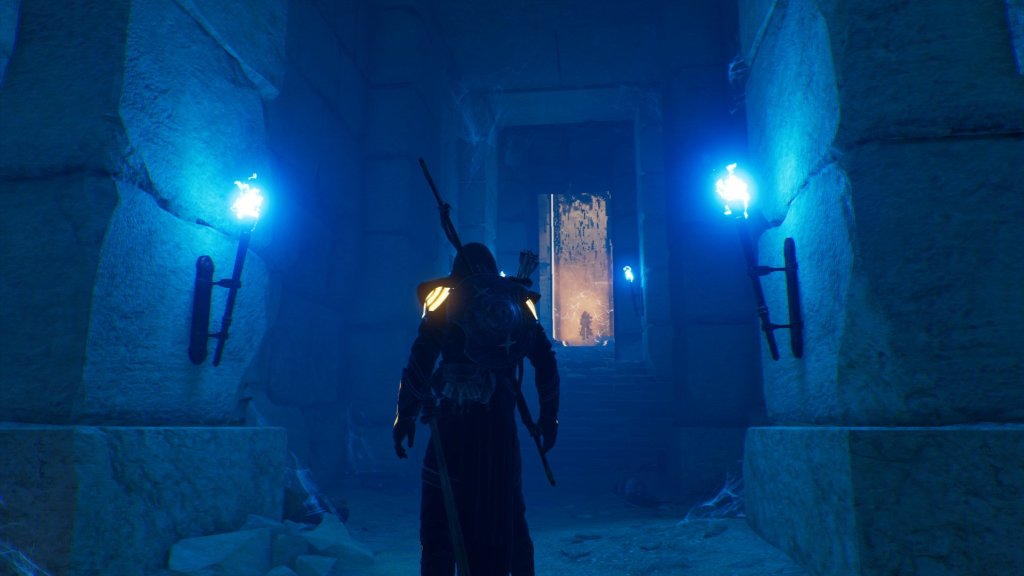 Head up the set of stairs and interact with the Animus thing. You will see another cut scene and then the quest will be complete and you will be rewarded with three legendary items. The Kweh mount, Ziedrich shield and the Ultima Blade regular sword. These items are Final Fantasy crossover items.