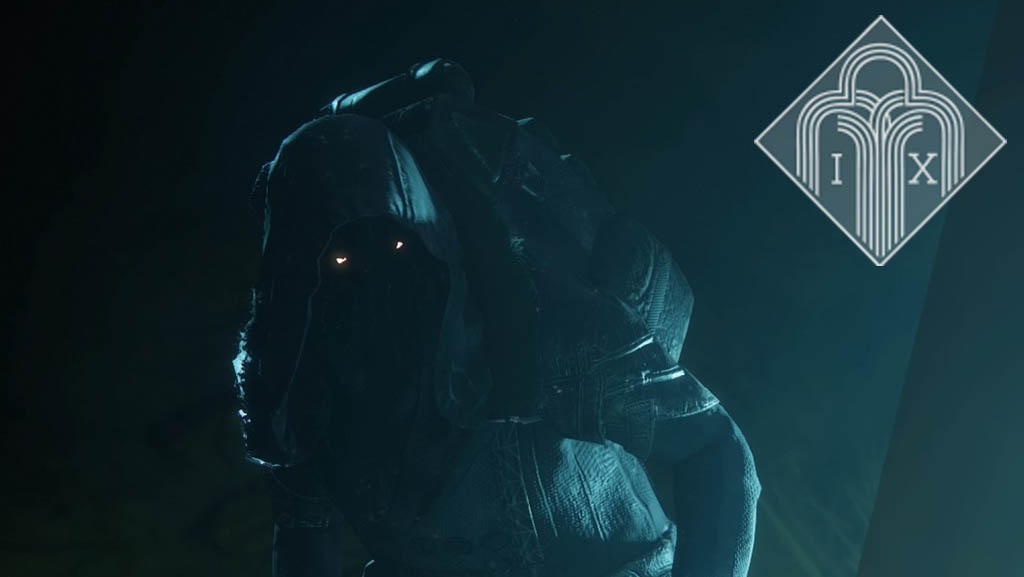 It’s Friday again and that means that Xur, Agent of the Nine and purveyor of exotic goods has graced us with his presence once again.

This week Xur is on Io at Giants Scar, he’s hiding out in his usual cave. Let’s take a look at what he has for us this week.

Merciless is on sale again, this is actually a pretty good power weapon though. It’s intrinsic perk Conserve Momentum speeds up the charge rate on non-lethal hits until you get a kill. THis weapon is very useful for the raid and you should definitely spend your legendary shards on it if you don’t already own it, or if you want one for another character.

Next we have Lucky Pants. These exotic Hunter leg armour has the intrinsic perk called Illegally Modded Holster which increases hand cannon ready speed and initial accuracy. Probably only useful if you like using hand cannons.

Next we have Mask of the Quiet One an exotic Titan helmet which looks pretty good with i t’s chain mail face covering and horns. The intrinsic perk is called Dreaded Visage and it grants melee, grenade and class ability energy when you take damage. Void ability kills will grant health regeneration.

Finally we have Starfire Protocol and exotic Warlock chest armour. This exotic armour was originally in Destiny 1 and has made its way to Destiny 2. The intrinsic perk is called Fusion Harness which provides and additional fusion grenade charge and fusion grenade kills grant rift energy.

That’s all there is from Xur for this week, he will of course return next Friday to one of the worlds of Destiny 2.