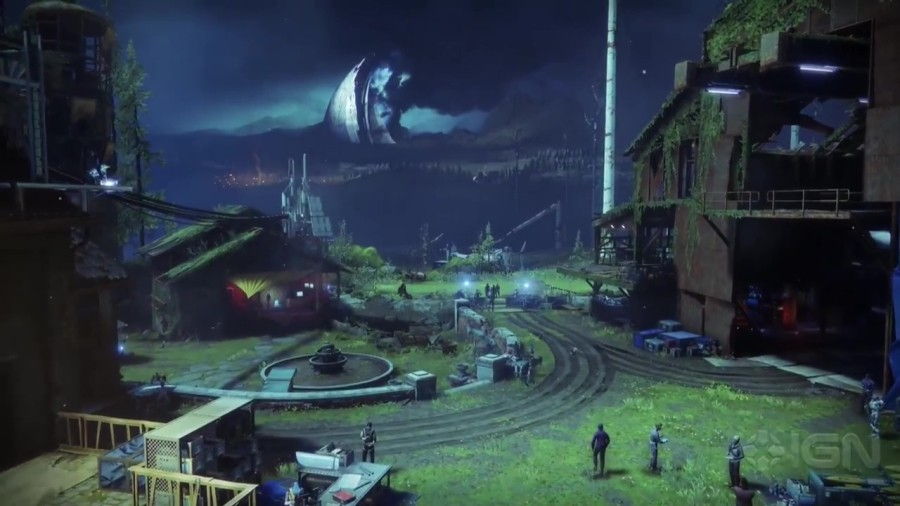 Just the other day IGN took us on a  brief tour of Destiny 2’s brand new social space called The Farm.

The Farm is located somewhere in the European Dead Zone, one of the new locations in Destiny 2. Let’s take a look at the video.

The Farm looks like a very cool new social area indeed. This where the Guardians go to re-group after being kicked out the Tower by Dominus Ghaul and his Cabal Red Legion.Humanity is in exile at The Farm and there are human refugees there.

Bungie mentioned during the video that the social space will evolve, with new characters and NPC’s coming and going throughout the course of The Destiny 2 story and that the space will be ‘dynamic’

Bungie also revealed, although we didn’t get to see any, that there will be events and activities that you can unlock. There will be things that can, for example, make you run faster or add some kind of cool effect to you that will make you stand out.

Some of the other interesting points to note about The Farm reveal are:

Some people have been wondering if The Farm will be accessible from the European Dead Zone Patrol, which would be a nice feature to be able to seamlessly enter The Farm without going to orbit or without having to go and select it from the map.

Judging by the screenshot above though, which shows a ship hovering above a group of Guardians who appear to be teleporting to it, it does not appear as if The Farm will be accessible from patrol.

The Farm looks like a really well made social space and it seems there will be plenty of things to keep us occupied while we wait on fireteam members getting stuff from the vault or grabbing bounties and it looks like there may well be little hidden things that we will need find an unlock which is sure to keep this Guardian busy exploring The Farm.