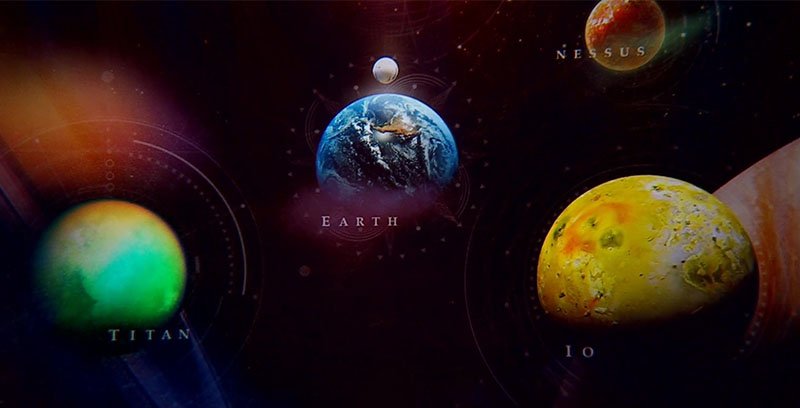 When I was watching the premiere, I thought the new worlds looked absolutely amazing, and I can’t wait to get my hands on the game and start exploring these brand new areas.

I have been re-watching the Destiny 2 gameplay premier livestream to get as much info as possible about the new planets we will be visiting in Destiny 2.

According to Bungie, it is the largest area they have ever created, at least twice the size of any area in Destiny 1.

The European Dead Zone is where guardians have set up a camp and planted a flag so they can get strong again. The area features lush forest, an abandoned town and a cave system. There is also a Cabal Red Legion military base which players can explore.

The European Dead Zone is also the area where players will meet and interact with a character called Hawthorne. Hawthorn lives at a farm in the area.

The Second of Destiny 2’s new worlds is Titan, a moon of Saturn.

Titan is where Commander Zavala goes to heal his wounds and recover after the Cabal have invaded the Tower and Last City.

Titan has no land mass, it as a moon filled with a Methane ocean with high waves. There is an old human Utopia there which is sinking into the ocean. Instead od land, there is man-made platforms, similar looking to oil rigs and off shore platforms, which players can jump across and explore.

There is also huge monolithic structures that were constructed by humans during the peak of the Golden Age.

Nessus is a strange and unstable planetoid. It has been totally occupied by the Vex who have turned it into on of their machine worlds.

Steve Cotton, the Destiny 2 world design lead, has described Nessus as a Centaur. A Centaur is a minor planet with an irregular orbit, he also states that there is a “limited window” with Nessus, which could imply that missions there may only be available at certain times.

It was originally the Hunters who cataloged Nessus, and this is where Cayde 6 goes.

Nessus has its own native vegetation and there are huge canyon’s similar to the Plateaus in Brazil.

Io, a sulphuric yellow moon of Jupiter is the final new world players will explore in Destiny 2.

Io is the last place in the Solar System the Traveller touched before the collapse happened. Because of this connection with the Traveller, Io is filled with mythology, lore and mystery.

Io is a very sacred place to guardians, in particular Warlocks and especially Ikora. Io is where you will find Ikora, the Warlock Vanguard.